Renewable Energy is Unlikely to Force Grandma to Eat Catfood 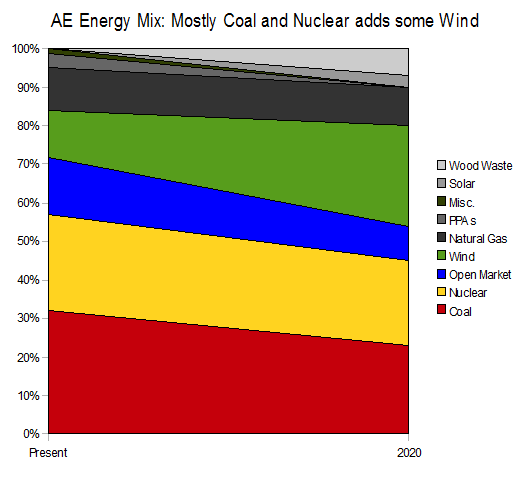 The Austin-American Statesman published a story arguing that the push for more renewables in the source energy sold by Austin Energy (AE) is “partially” to blame for higher bills.  The story quotes advocates for the poor and elderly expressing concern about these individuals’ ability to pay.  Because of the story’s framing of the issue, it’s hard to avoid the temptation of thinking that the City Council and AE’s green energy leadership is somehow going to hurt the poor.

Unfortunately, the story is written in a way that obfuscates key facts for the reader.  It fails to appropriately assign proportions to the different drivers behind the rate increase, and its lack of an explanation of energy price volatility might lead a reader to think AE isn’t curious or was too lazy to come up with a firm estimate of the future rates.

The article leads with and features the push for renewables as the problem, but it also quickly points out the volatility in carbon fuels, the need to pay for wind transmission, and an already planned change in the rate structure.  The article does not assign proportions to which of these cost drivers are more significant.  This is a surprising oversight given the extreme fuel price volatility we have just experienced and the likelihood of its return given global growth.

The article does indicate that AE estimates a 22% rate increase by 2020.  That’s 11 (yes, eleven) years from now.  That’s an 1.83% annual increase.  I assume it’s nominal dollars (as opposed to real dollars) since that is the conventional way people communicate and the article does not reference the actual study. The elderly woman in the story who has a $94 summer monthly bill would face a $96 bill next year if the increase was phased-in over the eleven years.  The two dollar increase is unfortunate, but not catastrophic and not a significant departure from normal price inflation.

A second frustrating aspect concerns carbon fuel volatility.  Clearly the author is presented with the idea of volatile carbon fuel prices by AE; however the article does not fully explain the implications for the reader. We’ve all experienced the crazy ride of oil from $150 per barrel last summer to $34 early this year to a current range around $70.  It’s not uncommon for people to pay money to avoid volatility – that’s why people buy American treasuries with relatively low but relatively stable returns instead of just stocks or corporate bonds and why people buy many voluntary insurance products.  Including renewables like wind and solar in the generation portfolio reduces overall volatility because those sources aren’t as tied to scarce goods with complex and political (OPEC) supply chains. Under the AE plan, this basically means that we pay a bit more to not be as exposed to relatively extreme spikes in energy costs linked to coal.

Given that Austin is still going to be heavily using coal (it goes from 32% to 23% in the next 11 years) addressing this volatility is key if one is to assign blame for price increases.  I summarize the overall energy mix shift in the graph at the top. As the reader can see, wind is the big winner by taking market share from the existing sources.

What makes coal so attractive (its cheapness per energy generated) is also paradoxically what exposes it to potential future volatility.  To get a sense of the potential volatility, read this breathless analysis from a popular stock website, or better yet check out the trend on this popular coal ETF.  And as some local advocates have pointed out, wind is already cheaper than coal under certain conditions.

Therefore, it seems really unlikely that the two bucks a month are going to make elderly citizens on a fixed income worse off.  If the existing relief programs for the poor and elderly are properly utilized, the impact should be minimal.  Moreover, in a world with significant coal price volatility, these individuals will actually be saving money over an energy mix that was not as renewable-intensive.  These two oversights, on top of the lack of an explanation of the likely proportions of each cost driver in the future rate increase, create an impression that renewables are quite likely to squeeze the poor, when objectively, there is great complexity and it is probable that the exact opposite will turn out to be true.