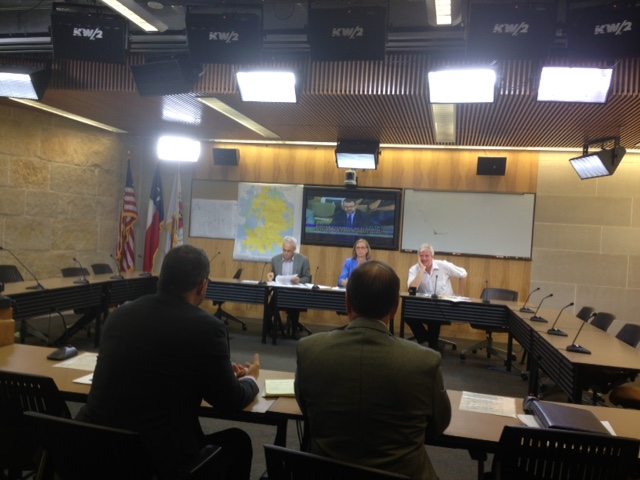 The crowds that show up on key votes or public input meetings are not there to add to the quality of the information available to policymakers.  They are there to show the level of political support.  Meaningful change to this time-destroying Austin civic tradition will require new digital tools, as well as new, consistently enforced norms for public input.

Specifically, Austinites should be able to register for a digital ‘vote’ that allows them to express their support on public matters before Council (or other public bodies). Identity can be verified in a process similar to actual voter registration.  Such a system will be convenient, more representative, and provide decision-makers with more accurate information than the status quo.

For controversial issues, the typical unit of public testimony and public digital participation adds little to the information quality policymakers and staff have to make decisions.  Whether it be at Council/Commission meetings, at Austin’s ubiquitous gallery-style information sessions, or on existing government digital commenting platforms, each additional participant’s feedback only adds to noise.

This participation noise seems to be routinely ignored by decision-makers.  Even when addressing them in person, it’s not uncommon for decision-makers to just browse through their smartphone while one testifies or for event staffers to not have the background to answer anything but the most basic questions. Sometimes a process will ask for stakeholders to provide written comments or white papers, but whether those are ever read remains opaque.

A better approach would be to curate information and ration public time in front of decision-makers. This is what the previous City Council has been doing through its ’10 speakers for each side’ hack.  Better to formalize this tradition, create a consistent system for spots to be allocated to quality presentations, and make said process the norm so that there’s less incentive for groups to show up en masse for fear of being out-bodied if the testimony cap is not deployed. Moreover, if this is implemented with the digital vote process mentioned above, decision-makers can credibly implore for big groups to make their preferences shown through quick clicks instead of needlessly clogging meetings.

The goal of Austin’s public process should not be to protect the ability of the civic super-enthusiasts to testify on each and every topic of their choosing. It also should not be an attrition game where an unrepresentative group of highly-motivated people get public facetime with policymakers.  Instead, it should optimize for the much broader set of civic-minded Austinites that have well-formed preferences but a paucity of time for meetings. A good process should also allow those with the most polished information to easily enhance the deliberations of decision-makers.

This entry was posted in Democracy Reform. Bookmark the permalink.