What is Autonomous Business Rapid Transit?

At the moment, Autonomous Business Rapid Transit is a concept. As defined by the consultants supporting CapMetro’s 2018 Project Connect, the concept features self-driving (“autonomous”) electric vehicles that have robust capabilities for vehicle-to-vehicle (V2V) communication and can easily adjust to real-time demand by changing routes. A Bus Rapid Transit (BRT) consultant from CDM Smith offers a similar definition:

Autonomous vehicle technology would allow BRT operators to link multiple buses together seamlessly, adapting to demand and adding capacity as needed. Imagine that tomorrow, 40 riders on a high-demand BRT line who all catch the bus at the same stop start leaving work at 5:30 p.m. instead of 5 o’clock. The next day, the operator could easily string two buses together to meet the change in demand. These additional buses would not be physically linked, unlike trains. Rather, the autonomous systems could be calibrated so that the buses traveled inches apart at all times, often traveling in train-like platoons. In theory, autonomous bus rapid transit could scale up to as many vehicles as needed and it would help operators maintain bus headways when there is congestion.

In the sections below, we compare the capabilities demonstrated by existing proto-ART models against the four main ART criteria (“ACES”):

The vehicle reviews are arranged by name in alphabetically-ascending order.

This is a very long electric bus. It is, unsurprisingly, marketed by the Dresden-based manufacturer as “the world’s longest bus”. It has a capacity of 250 passengers. It is not self-driving. While it requires a human driver at the front, the “tail” bus algorithmically “drives” to adjust. No V2V platooning or autonomous real-time route-changing is demonstrated or even marketed as capabilities. The manufacturer promotes this as a cheaper way of getting the bulk of a German-style tram’s capabilities.

Volvo is developing self-driving capabilities for its electric 7900 model bus. In January of 2018, Volvo struck an R&D agreement with Nanyang Technological University in Singapore that will allow it to leverage access to the self-driving-focused CETRAN test facility. Volvo has not successfully demonstrated urban bus platooning or autonomous dynamic route-changing at this time.

Volvo’s freight trucks, however, have demonstrated a computer-assisted version of “platooning”. In June of 2018, Volvo successfully demonstrated computer-assisted freight truck platooning at 62 MPH (with a 1.5 second safety time gap) on a public North Carolina highway. The goal of the demonstration was to highlight a driver-assistance feature focused on boosting fuel-efficiency through automated nudging of drift-optimized distances between vehicles. The driver assistance feature was supported, in part, by vehicle-to-vehicle communication. The platooning trucks still had human drivers at the helm during the demonstration. From Volvo’s marketing department:

The vehicle-to-vehicle communication system helps reduce the reaction time for braking and enables vehicles to follow closer, automatically matching each other’s speed and braking. The advanced technology is meant to serve as an aid – not a replacement – for skilled professional truck drivers.

While some describe it as “rail with wheels” or a “crossover” between a bus and tram, this electric vehicle is ultimately a long, wheel-hiding bus with multiple carriages. The pilot deployment in Zhuzhou, Hunan Province has 3 carriages with capacity for 300 passengers.  Self-driving is based on reading and responding to painted strips (“virtual rails”). The virtual rails allows for autonomous turning. While press coverage indicates that the maximum vehicle speed is 42mph, the live operational pilot is much slower, moving at closer to 10mph.

The promotional materials for the vehicle make it clear that it is intended to eventually be capable of platooning and conducting real-time route adjustments. However, those capabilities have not been demonstrated by the pilot.

In its current state, autonomous bus rapid transit technology is unproven. Urban bus self-driving succeeds under limited conditions. More importantly, the vehicle-to-vehicle connectivity required for urban “platooning” has not been demonstrated, much less survived regulatory or insurer scrutiny. Assertions about its superior cost performance must face the stark reality that there simply is no track-record that allows for such pronouncements to be justified.

If the promise of ART is used by CapMetro and Austin elected officials to secure better amenities and right-of-way for corridors that are a good long-term fit for conventional BRT, then the ART concept will enhance the productivity of transit system when it eventually arrives. However, if ART is used to preclude light rail in corridors that can benefit from rail’s operational efficiency at scale, then the ART concept runs a substantial risk of permanently undermining CapMetro’s system-wide productivity. 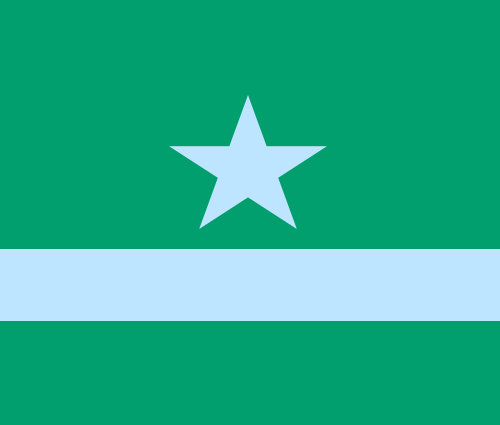